The following article was a piece written about Peter by The Dundee Courier last April 2013, ahead of his concert ABOUT LOVE at Dundee Rep Theatre on Saturday 27th April. Click on the link in red below to read it.

Interview with the Dundee Courier (April 2013) 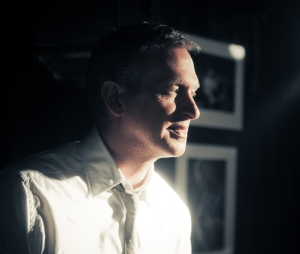 Peter was born and raised in Dundee, Scotland. Singing was his passion from a very early age, from the local church choir, St. Margaret’s, Barnhill, to his primary and senior school choirs, the latter also performing with the Dundee School’s Choir in the presence of The Queen as part of her Silver Jubilee. “I do not remember a time when singing was not the most important thing in my life”.

Peter left Dundee to study at The Rose Bruford college of Speech and Drama in London as his stepping stone to fulfilling his dreams. Over the next few years Peter went on to perform in many productions both in London and touring the UK. During this time Peter also became a model, most noteably and happily with Storm Models, London. ” I was incredibly fortunate to be part of Storm Models and extremely lucky to be able to travel to many parts of the world on assignments working on major campaigns.

The urge to sing and follow his passion proved too much and during this time Peter returned to study with the world famous singing teacher and vocal coach he had been with in his twenties, Ian Adam. “This was an inspiring time for me, I had studied with Ian before, but this time it was very very different. I became obsessed in a very healthy way with my study, it took over my life, I became focused in a way I had not previously known and spent the next 7 years literally practising 4 to 5 hours a day, 365 days a year (thankfully I had the most wonderful, supportive and encouraging neighbours). Ian was the most remarkable teacher and friend who pushed me and inspired me to achieve things I never thought I could manage”.

During this period of study Peter also had his eye on the future and his dreams of being a solo concert performer. To this end he managed to get himself the opportunity to launch that solo career at the world famous Pizza On The Park, where so many top stars have performed. ” I knew what I wanted, approached them and persuaded them to take on a complete unknown with an idea I had for a concept show called HERE’S TO LIFE. This show was inspired by Shirley Horne’s rendition of that song. Of course once they had agreed then came the scary part, I had no money, no musicians but I had an idea and a dream”. Peter’s first solo concert was a huge success, it sold out and they had to turn people away, and for a first venture, it broke even. That was the start of many concert series at Pizza On The Park until its closure in 2008.

In 2007 Peter’s teacher, Ian Adam, sadly passed away following a long illness through which he had kept teaching. ” Ian was the most remarkable man and teacher. I have never met anyone who so selflessly and enthusiastically wanted to help others to become the best that they could be. Once Ian had decided to take you on as a pupil / student, you then became part of his family, and very importantly Ian made sure that no one was given any preference, whether one was a starting student or a world famous established star meant no difference, everyone was made to feel the same and introduced to each other as such. Ian had another attribute which made him very special, he would never give up on anyone and very often would give classes to pupils free of charge because of his belief and love for all those he taught.”

Peter organised Ian’s funeral and was astounded to see so many of the biggest names in theatre, television and film there. All had been pupils at one time or another, from Michael Crawford to Sarah Brightman, Elaine Paige, Jeremy Irons, Jonathan Pryce and many many more. At the funeral Peter had the idea of getting this illustrious cast together to do a concert to honour this man that they all respected and loved so much. ” Ian helped me through a particularly difficult time in my life and never gave up on me. Also very movingly, we had worked for 7 years together very intensely, and only a month before Ian died I made the vocal breakthrough that Ian had worked so hard to help me achieve, I will never forget that moment it happened, with tears streaming down his face he said “You’ve done it darling !”. I wanted to give something back to Ian for everything he had done for me and so, producing a concert in his honour was the least I could do”.

Lord Andrew Lloyd Webber who had had a long association with Ian, most notably through Cats and Phantom Of The Opera and who was also at the funeral very generously gave Peter his theatre “Her Majesty’s” Haymarket, London for the occasion. Peter also got the world famous Choreographer and Director Gillian Lynne to direct the concert. Apart from gathering a fifty strong cast headed by Elaine Paige and Jonathan Pryce, Peter managed to get Andrew to perform on stage with his brother Julian for only the second time in their lives. Peter also joined this illustrious cast to perform two solo numbers.
After starting to produce the concert, Peter was approached by Royal Brompton Hospital, where Ian had died. Having also been a patient there for many years they wanted to establish a singing programme at the hospital in Ian’s name to help patients with respiratory problems. The concert raised over £48,000 and the “Singing For Breathing” project at Royal Brompton has grown from strength to strength and continues to this day.

2012 saw Peter bring a new show called ABOUT LOVE to The Pheasantry in Kings Road, Chelsea, London. The concept of this show was to look at the many faces of love through an eclectic mix of songwriters. The concert was so successful that Peter ended up bringing it back to the Pheasantry.

In December 2012 he premiered a new show, also at the Pheasantry, entitled A YEAR TO CHRISTMAS. The narrative of this concert was to look at a year in the life of someone, from one Christmas to the next, following all the ups and downs of living. “This show was highly praised and I would certainly like to revisit it some other time”, Peter says.

In 2013, with his new Musical Director, Michael Haslam, he created a new show based on an iconic 1973 album from legendary rock-star and hell-raiser Harry Nilsson, entitled “A Little Touch Of Schmilsson In The Night”. This is the Great American Songbook at its best, beautifully arranged and re-imagined by Gordon Jenkins, Frank Sinatra’s arranger and conductor. These are songs made famous by Judy Garland, Nat King Cole, Doris Day and Frank Sinatra who described this album as “MAGIC”.

Peter and Michael Haslam performed the World Premiere of this show at London’s Pheasantry on June 21st 2013 to huge acclaim and following on from that success they returned there in the Autumn to perform it again.

Now, in 2014, they are getting ready to tour the country with it. The first stop being Pitlochry Festival Theatre on Sunday 6th of July.